Three months ago, my husband and I welcomed a tiny bundle of joy into our lives. This tiny human would change our lives forever! As first time parents, we got tons of wanted and unwanted advice from others and were bombarded with information on which baby products we needed and which were useless. Now that some time has passed, we get the common question, “What is the hardest thing about being a parent so far?”. For me, especially in the early weeks, it’s simply never getting a full nights sleep.

We began shopping for cribs and bassinets before our little one was born. While browsing online, I came across Happiest Baby‘s smart bassinet, the SNOO. I was a bit skeptical in the beginning, but after reading tons of reviews I was on board to try it out. Besides the “smart” features, I was also drawn to the SNOO simply because it is a beautifully designed bassinet with a sleek mid-century modern style. The SNOO arrived in a big box and was easily set up in mere minutes by simply attaching the legs to the body. It tucked nicely into a corner of our bedroom where it waited for baby’s arrival. 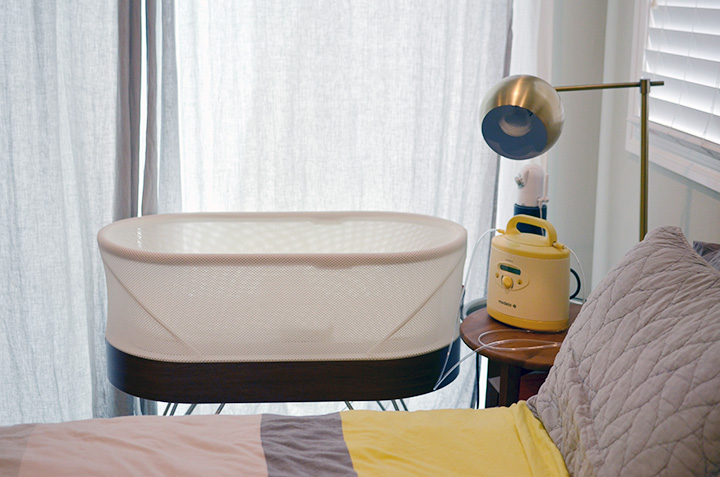 The SNOO comes with three swaddles (small, medium & large). These easy zip swaddles attach to the sides of the SNOO to make rolling over impossible. Our daughter loves being swaddled and she sleeps much more soundly all snug, so I really like this built in feature. It’s very reassuring to know that she won’t be able to roll over and somehow end up on her side or stomach. Note that the SNOO does require the baby being in a included swaddle to operate. I have friends who say their baby just doesn’t like being swaddled. If your baby falls under that category, then the SNOO might not be the best investment. I do have to mention that the sides of the SNOO are also mesh, so even if you used SNOO as a regular bassinet, you wouldn’t have to worry about baby getting caught in the side where they could suffocate. 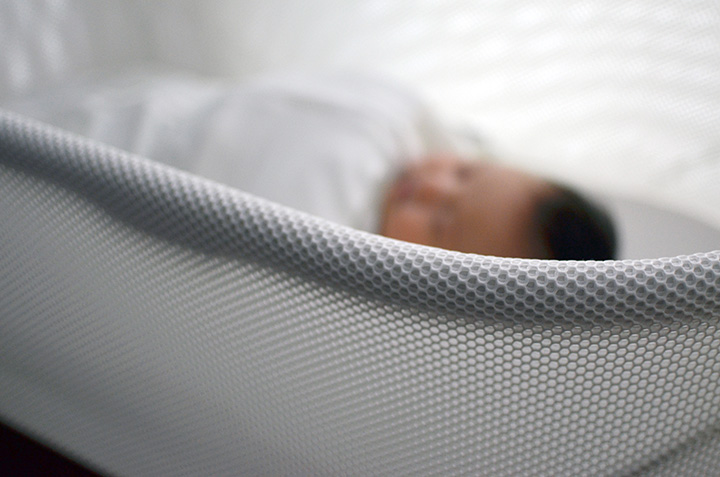 Once our little girl was born (4.5 weeks early!), I’ll admit that we didn’t actually use the SNOO features for about 6 weeks. Since she was born premature, in her first weeks she was a pretty sleepy baby and had no trouble falling asleep and remaining in deep sleep. In fact, we would often times have to wake her up for feedings. Around a month of age, she started to become more alert and would startle herself awake. She was having more restless slumber, which is where the SNOO came into play.

The SNOO‘s rocking motion comforts her while she sleeps, and increases speed to soothe her back to sleep if she awakens herself suddenly. Of course if she is hungry, or in need of something more demanding, the rocking won’t make a difference and she will let us know that she is indeed awake and is ready for some milk or attention! In addition to different rocking speeds and motions, the SNOO also has white noise and chooses the best sound to help soothe your baby. 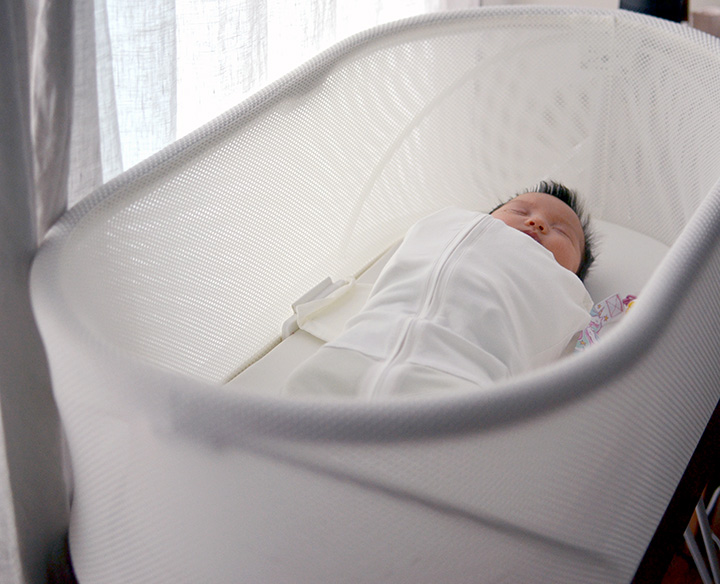 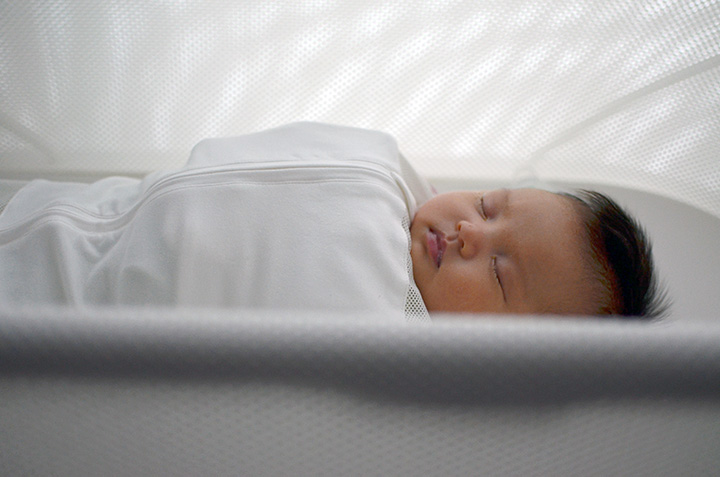 So…does it work?! Babies go through growth spurts and need extra care and feeding during certain leaps, but overall she is sleeping in longer stretches. At just under 3 months of age she has slept up to 7 hours in a stretch, which isn’t bad at all! At this point, I’d say her average nights sleep is 5.5 hours long since she still does need to awaken for a night feeding. Considering the number of times I hear her partially awaken throughout the night I would say it’s definitely worth it. Of course, all babies are different, but if you have a light sleeper, this could do the trick! You are probably wondering, what happens when baby is ready to sleep in a crib?! Well, SNOO does have a weaning feature! We haven’t yet tried it yet, but according to reviews, it works. I’ll be sure to let you know once we get to that stage! 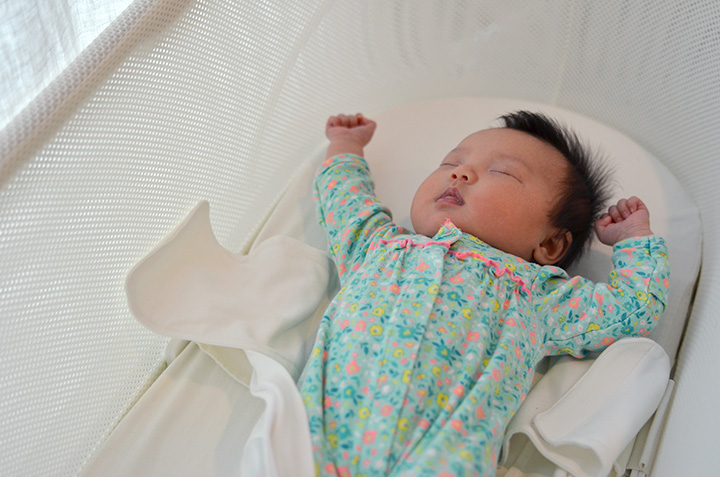 SNOO Smart Sleeper was gifted to us by Happiest Baby. All opinions are 100% our own.